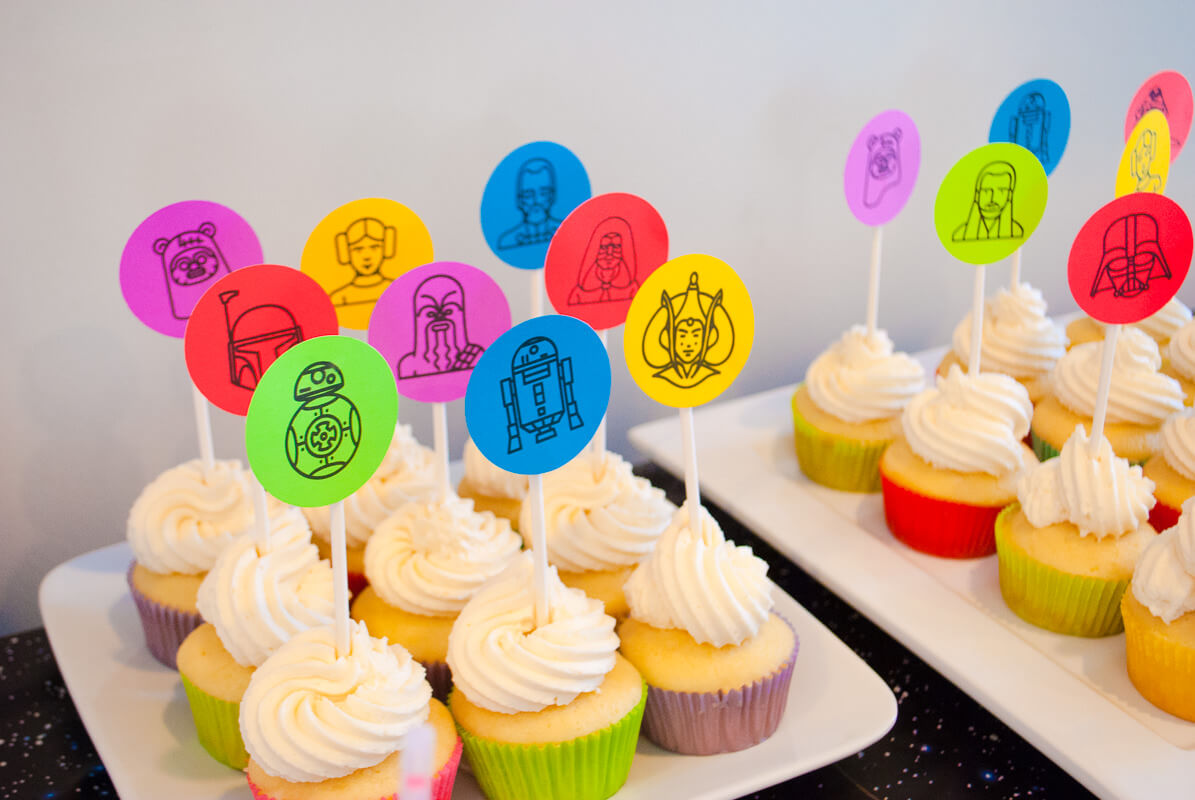 Who says Star Wars party decorations must be just black and white?? We decorated Elise’s 6th birthday party theme — “Episode VI: Return of the Birthday” — with these yummy Star Wars cupcakes in blue, red, green and purple, plus yellow. 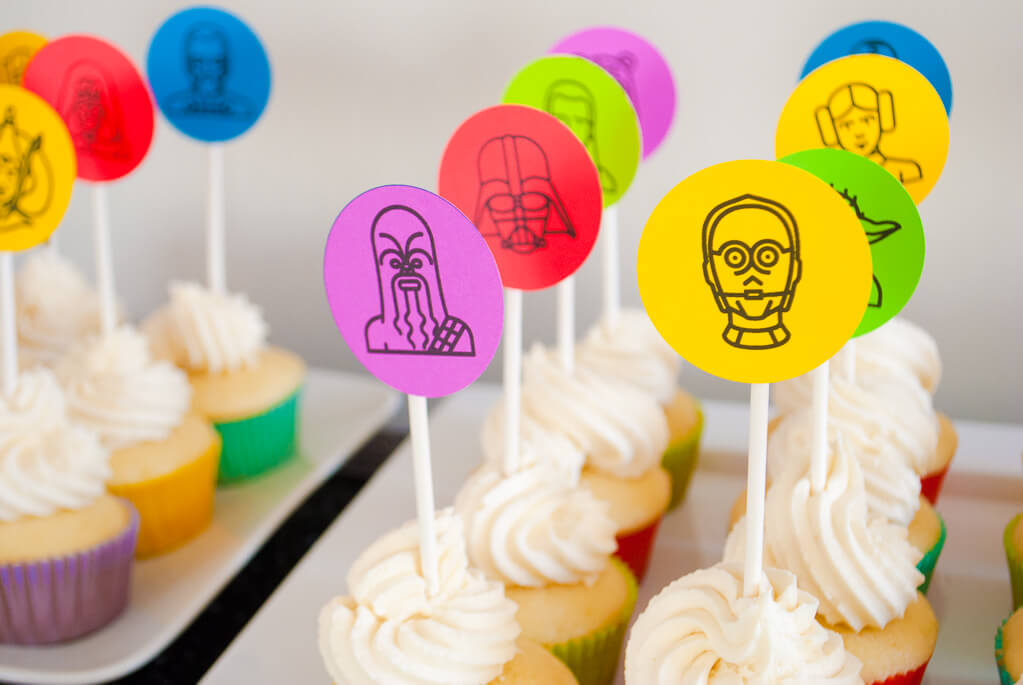 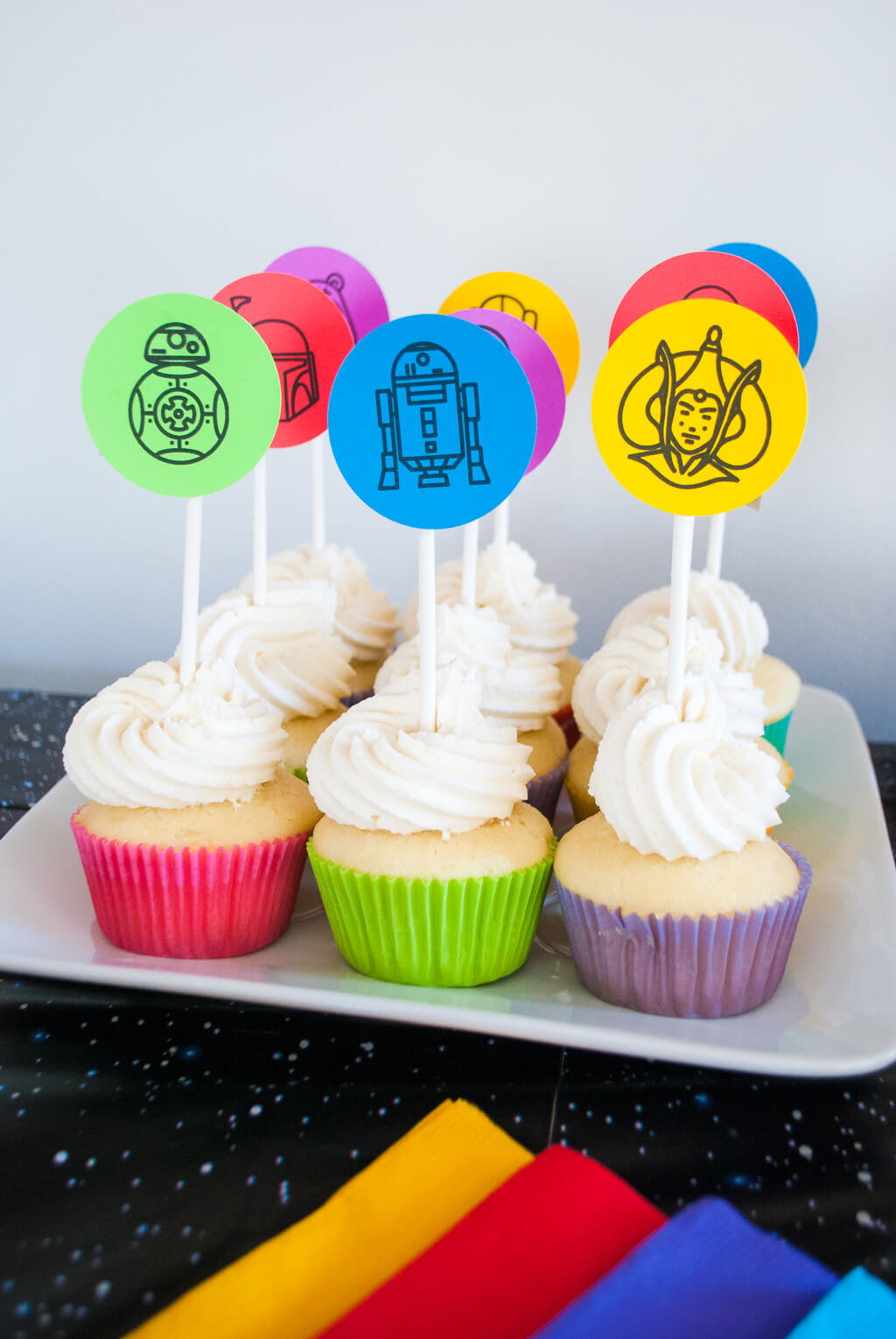 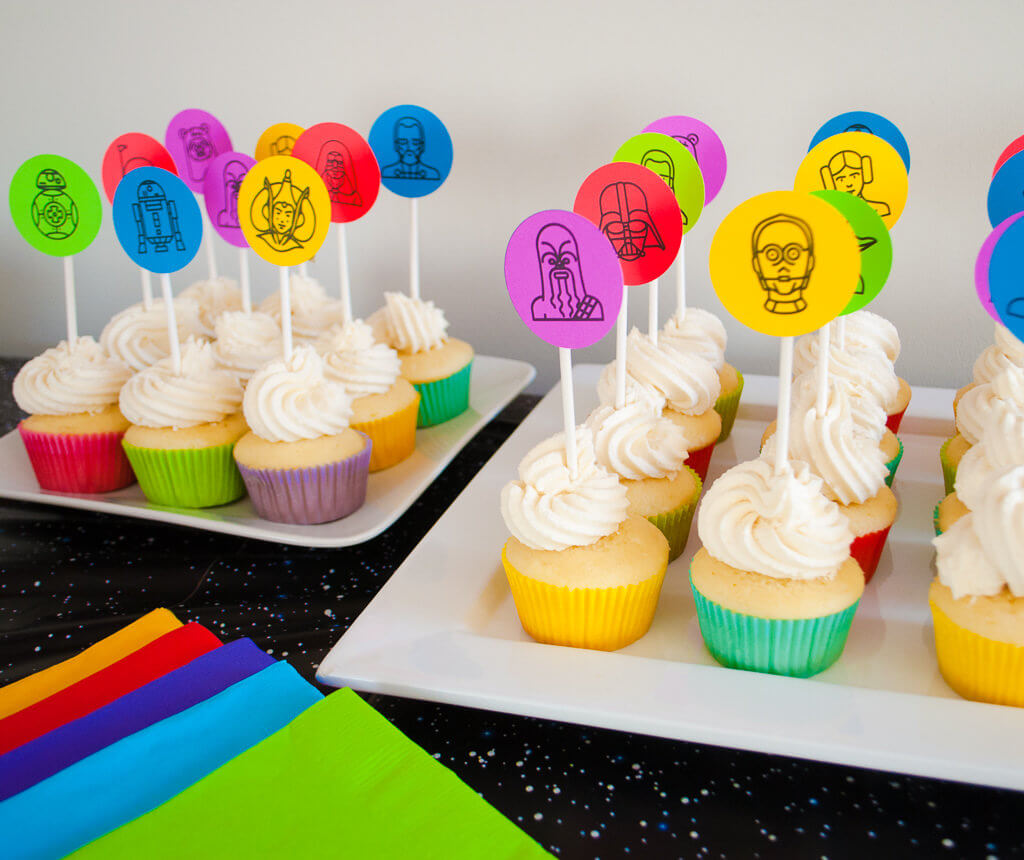 My printable Star Wars birthday banner comes with lots of characters using icons from Freepik made by flaticon. I know, I know, the only Force Awakens character is BB-8. We actually held this Star Wars birthday party in October 2016 so we only included BB-8. I may add Rey, Finn, Poe and Kylo Ren in the future but my Star Wars crush is still solidly Episodes 4/5/6. Print them on colored paper to top your Star Wars cupcakes. 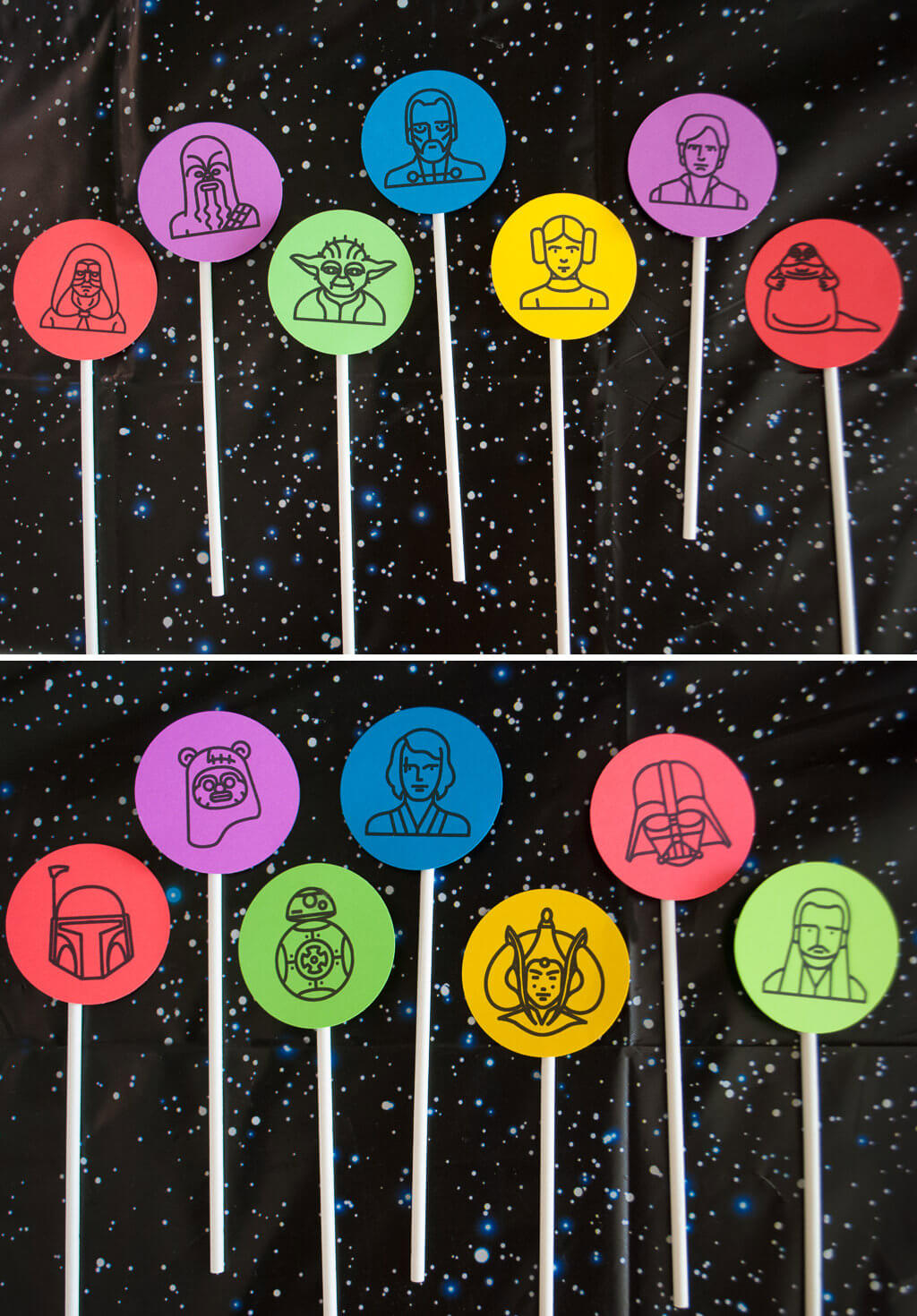 Supplies for making Star Wars cupcakes (with links from affiliates)

How to make Star Wars cupcakes 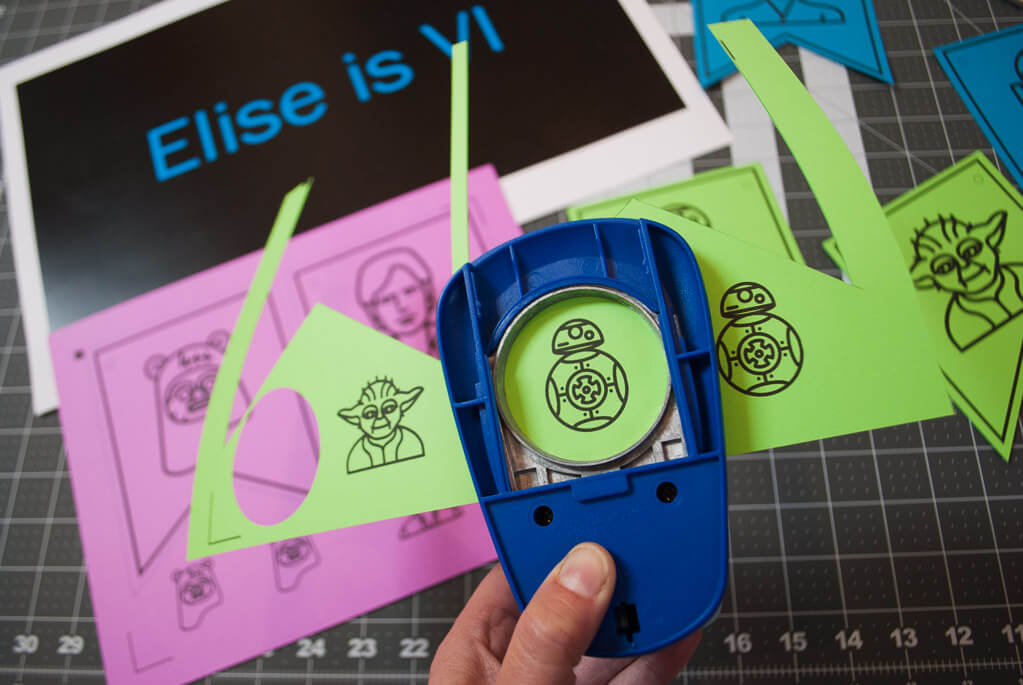 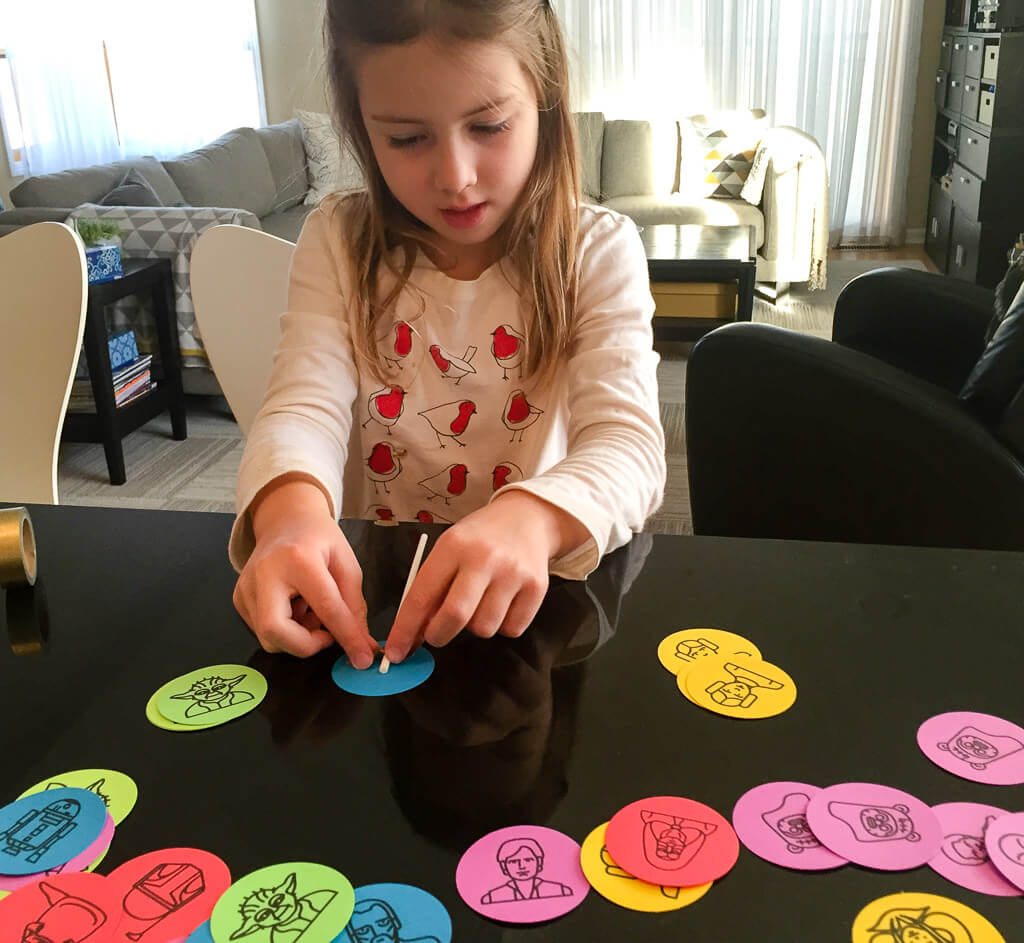 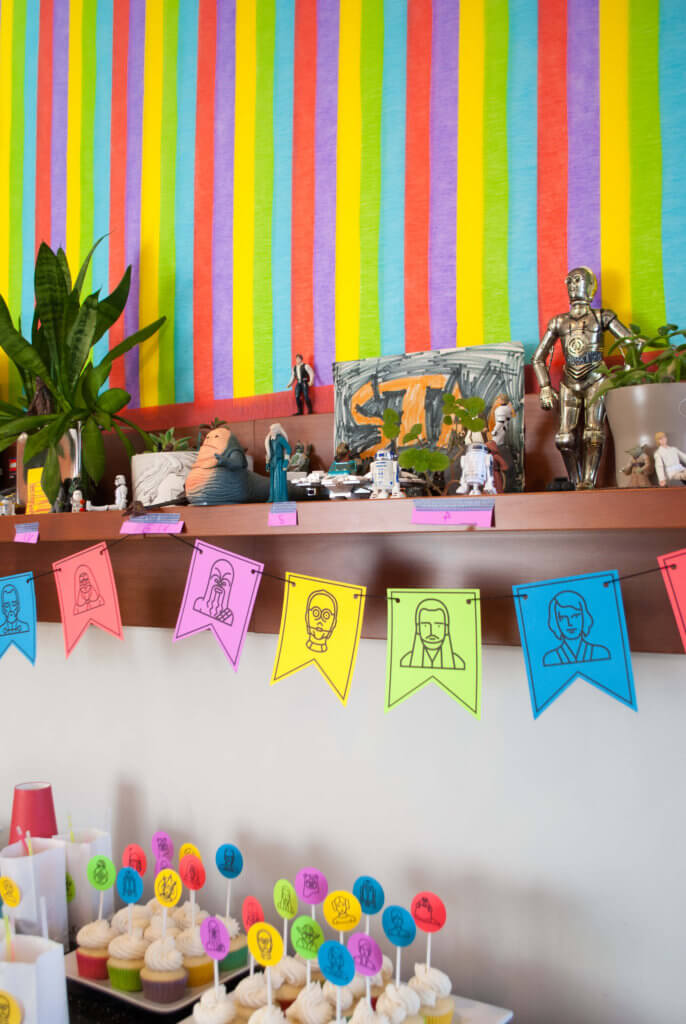 We also used these circles to decorate our Star Wars favor bags — Elise helped by writing guest names onto the bags. Inside the favor bags, we put lightsaber-colored glow sticks in red, blue, green, purple and yellow and LEGO Star Wars minifigures from the Save Han Solo From Carbonite Star Wars trivia party game. 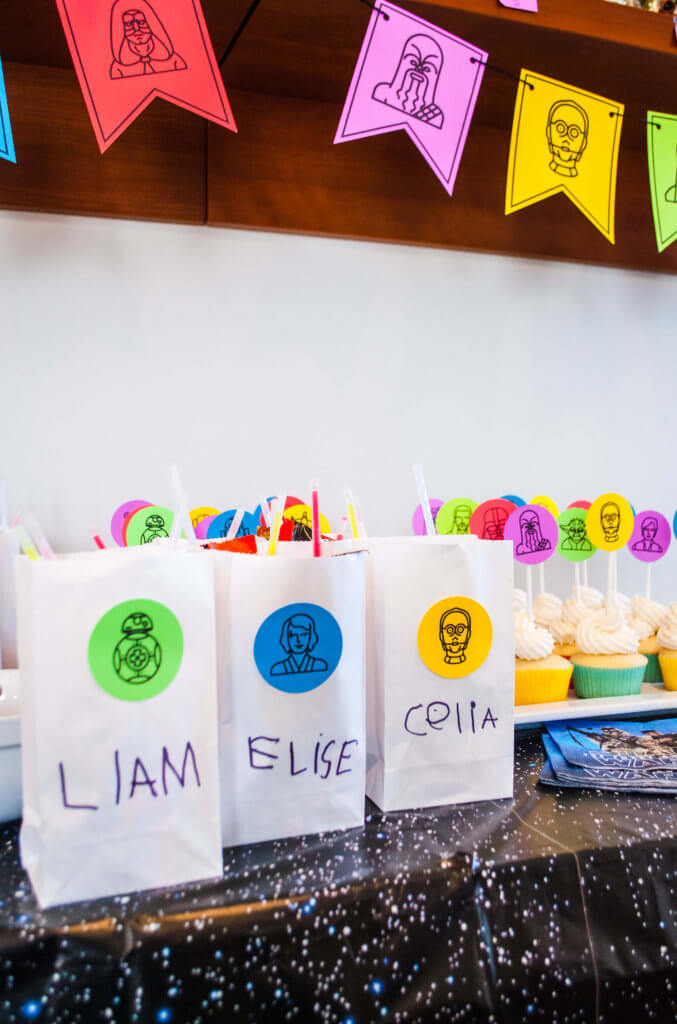 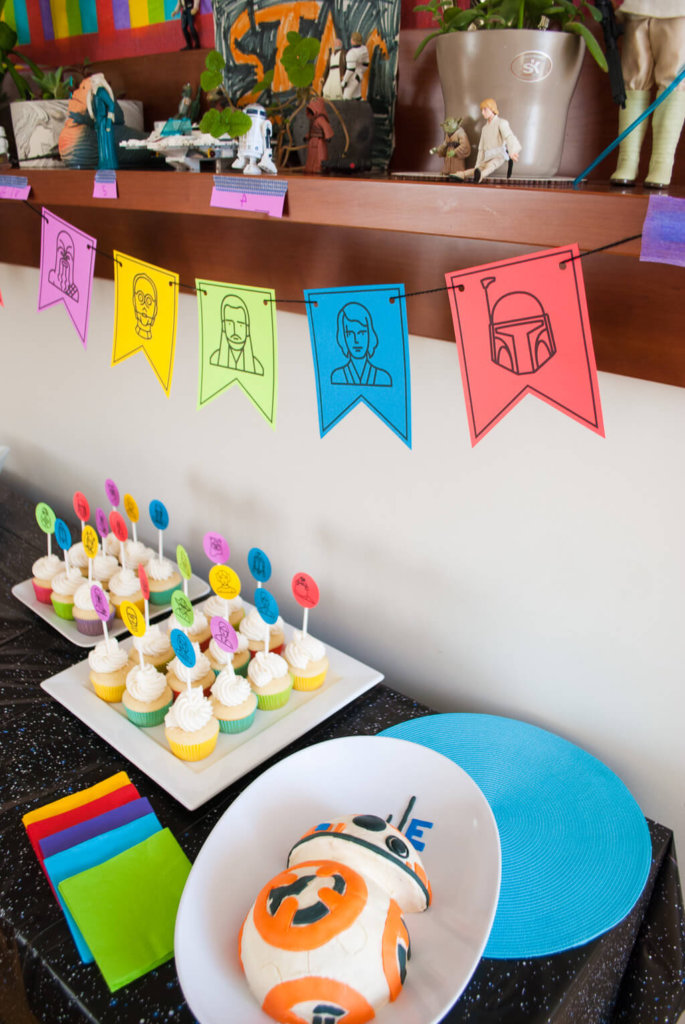 Be sure to pin these Star Wars cupcakes for later: 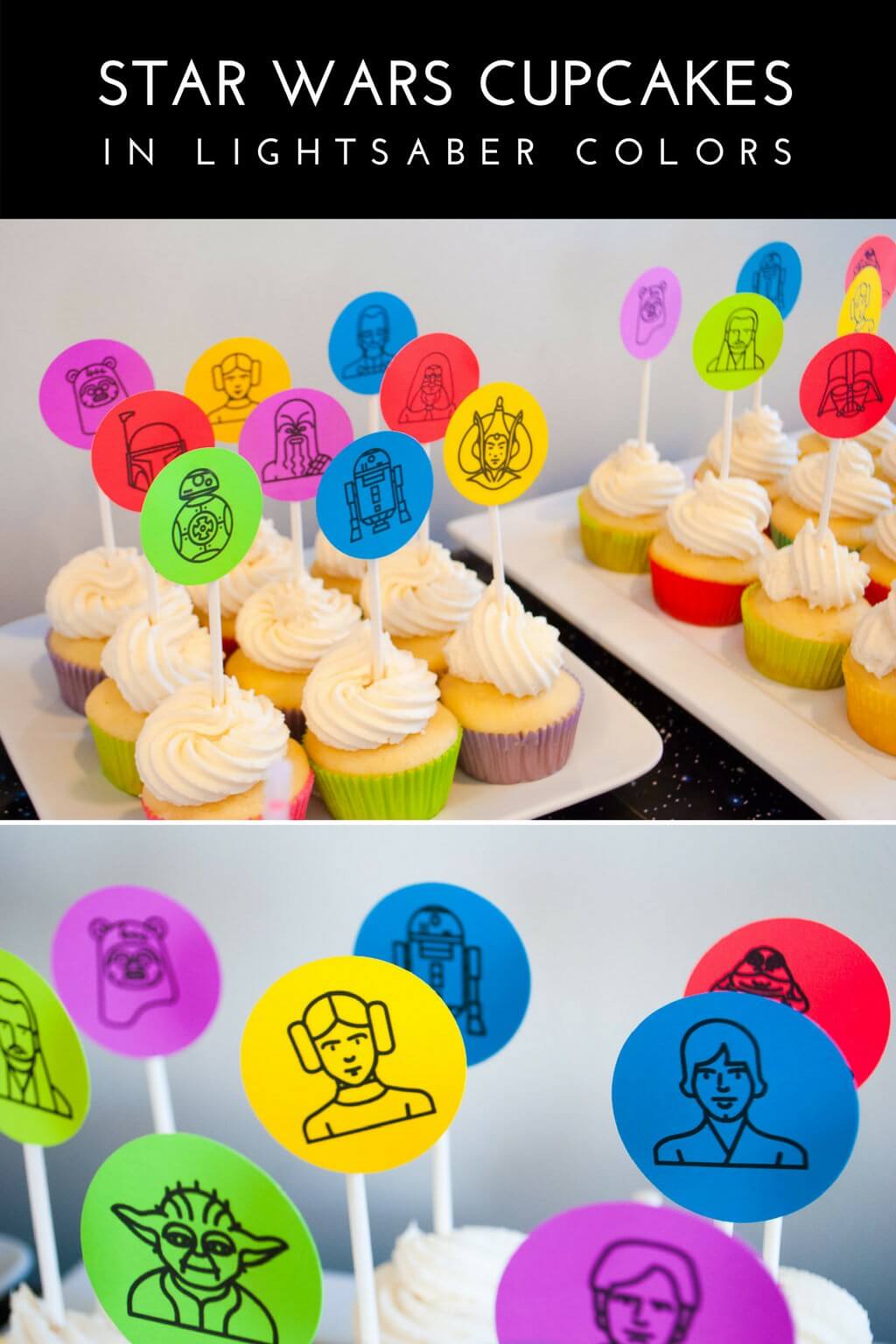 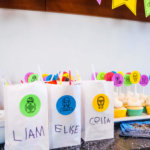 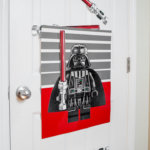 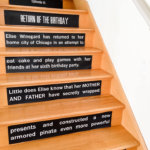 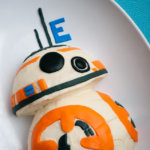 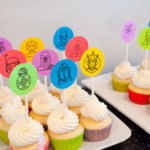 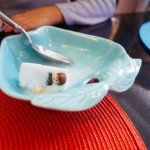 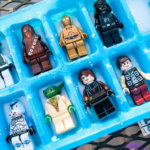 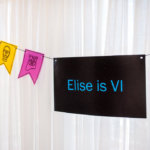 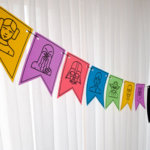 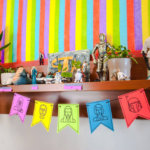