Skip to Content
I get commissions for qualified purchases made through links in this post. See my affiliate disclosure. Thanks for your support!
Jump to Recipe - Print Recipe 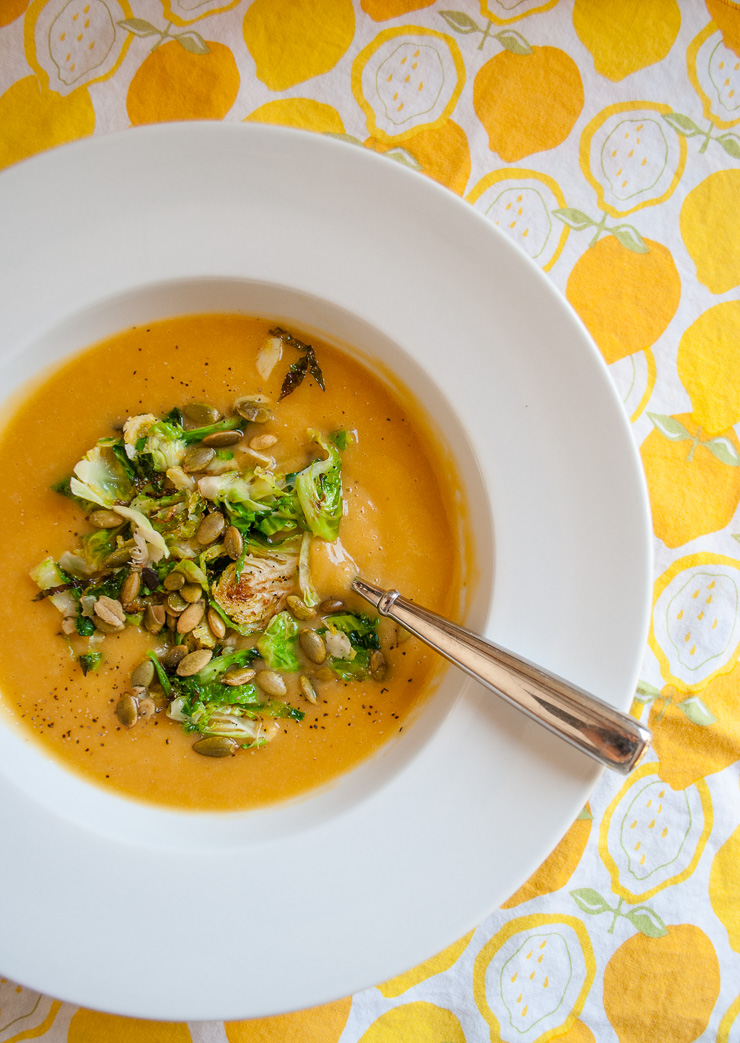 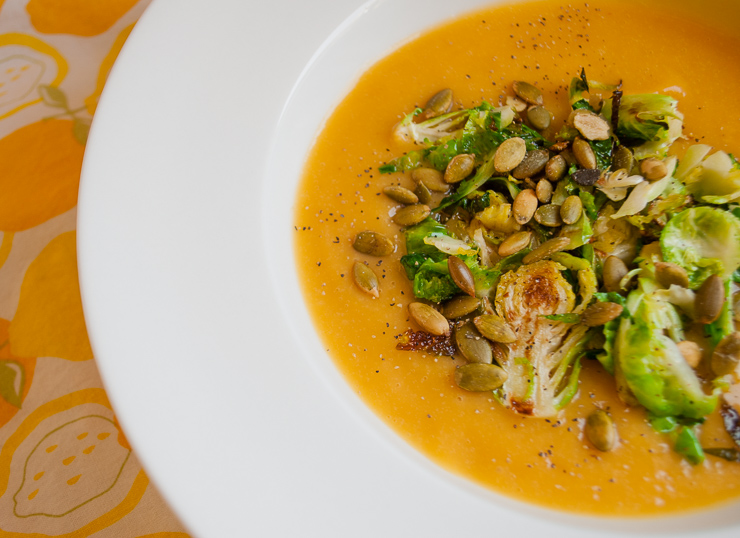 This pureed cauliflower soup recipe needs just a handful of ingredients so it’s just my style. It’s made with vegetable stock instead of dairy, then topped with caramelized Brussels sprouts and some roasted pepitas to add crunch. The yellow-orange color is from the vegetable stock that I used – your color may be different. 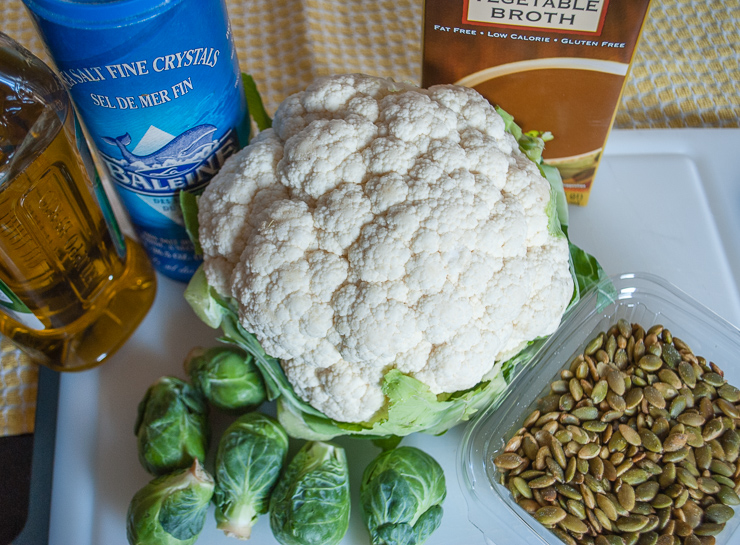 My good friend and plant-based book author Heather Crosby from Yum Universe was in town and she and her instagram followers gave this cauliflower soup a thumbs up so I decided to post the recipe for you. 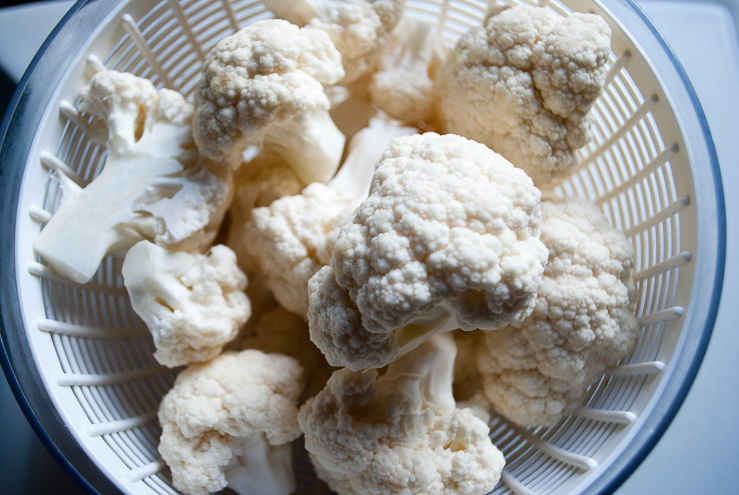 This cauliflower soup recipe is good alone but it is SO MUCH BETTER with these two toppings! For me, toppings always make a good recipe great, so I like to try to top things. I just happened to have a few extra Brussels sprouts in the refrigerator so I sliced and caramelized them for a garnish. I had just bought some roasted pepitas for salads so I sprinkled them on top for a yummy crunch. Shake on a dash of fresh black pepper and soup’s on. 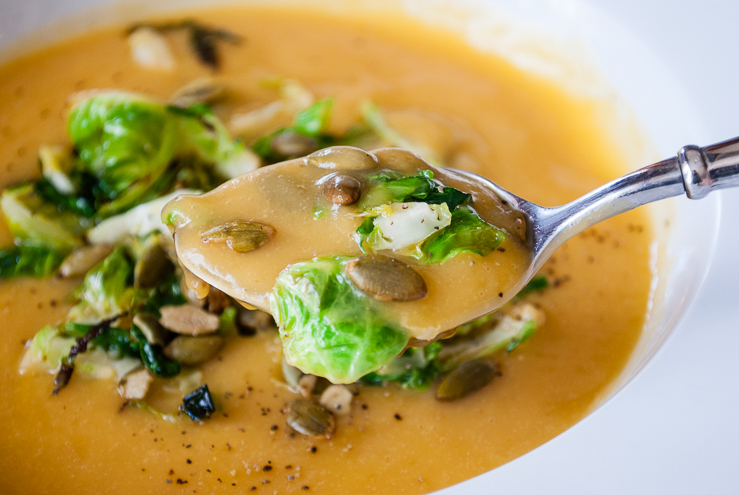 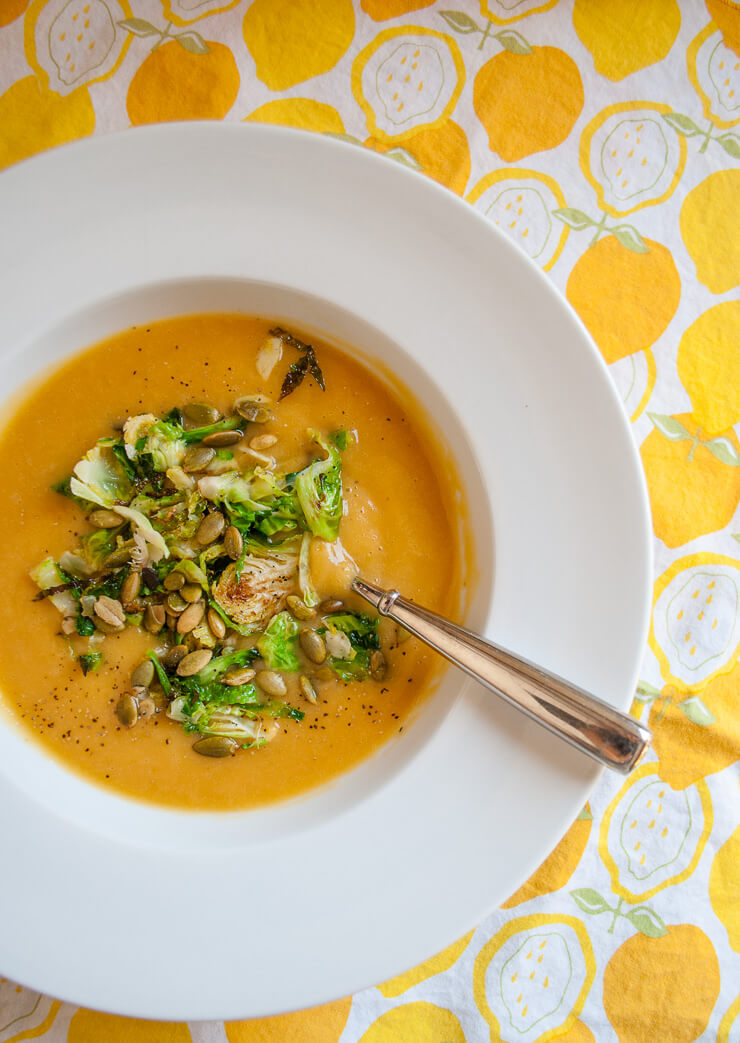 Creamy Cauliflower Soup Recipe with Brussels Sprouts (and no dairy)

OK, here it is step-by-step…

Add vegetable broth into a medium size pot that has a lid. Add the cauliflower florets – don’t worry if the florets aren’t totally covered by the broth; those guys on top will just steam cook. 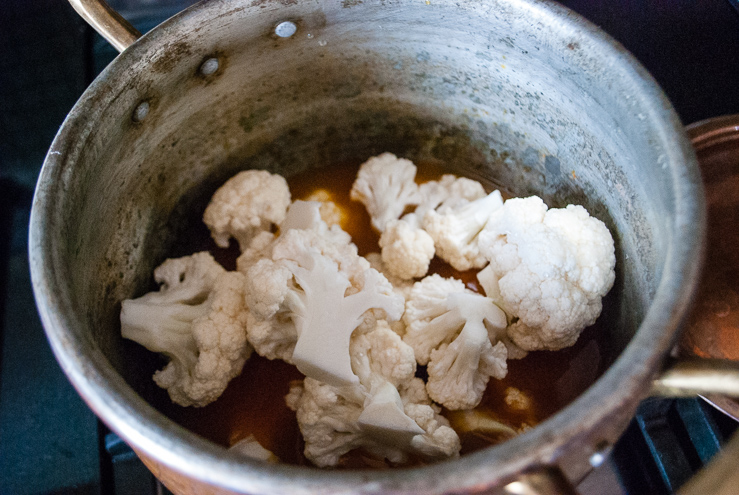 Bring to boiling, then reduce to a simmer, tightly put on a lid, and cook until the cauliflower is tender when you stick it with a fork, about 15-20 minutes. 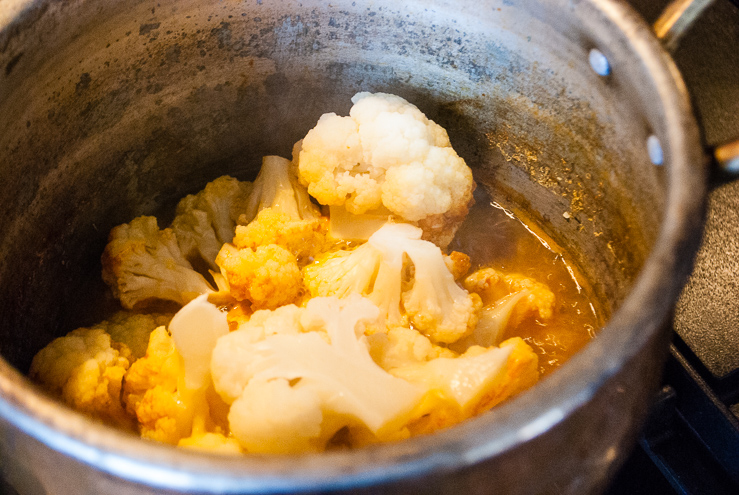 Cool for about 5-10 minutes and carefully spoon it into a blender – I used my favorite BlendTec blender. You have one of these, right? Totally worth it for soups like this, smoothies, and even pourable pancake batter. 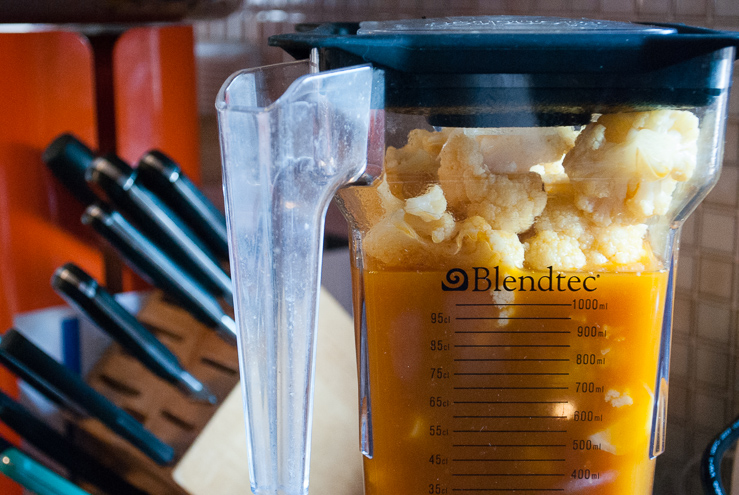 Blend until the soup is smooth, holding the blender lid on because it’s going to be full. You may need to blend yours in batches if your blender is smaller, then return it to the pot and stir it up. Personally, I just fill it up, hold the lid on and hope for the best.

Now for the soup topping: Slice some Brussels sprouts into thin slices like so… 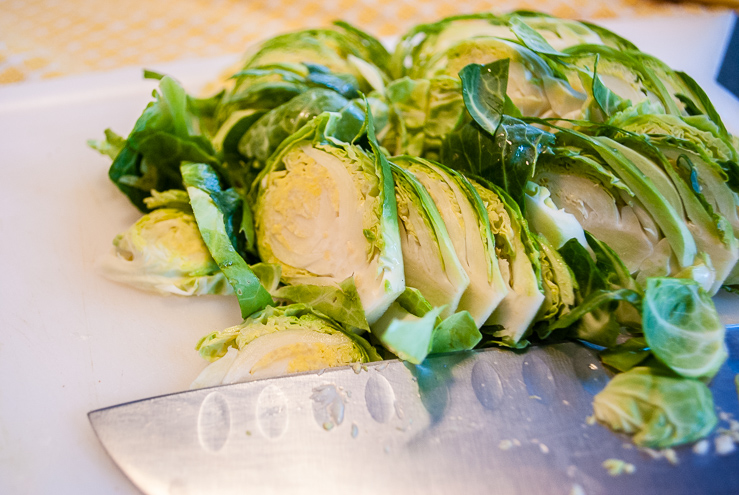 Here’s to eating your veggies deliciously… 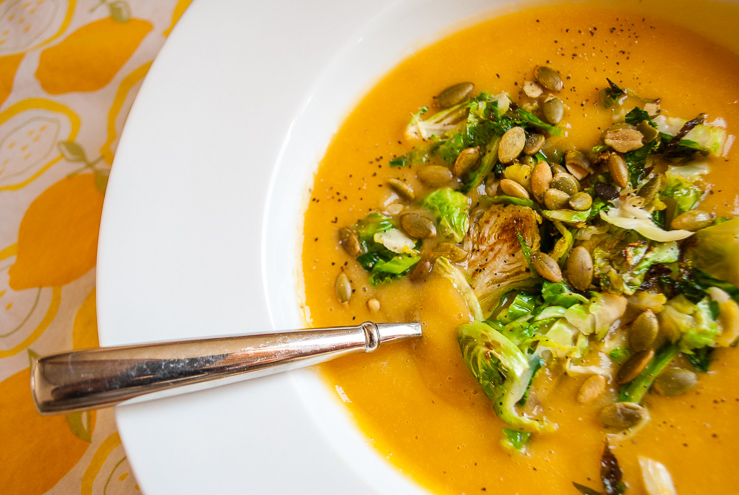